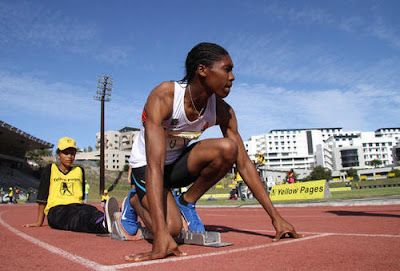 A friend recently Facebook commented on a blog about the policing of femininity in elite athletics.  I read the blog, found here, and the original article that inspired it, which you can find here.  The article features the story of a South African female track runner, Caster Semenya, whose gender has been "investigated" by the International Association of Athetics Federations (IAAF) and who is now apparently undergoing "treatment" because her body naturally produces higher levels of testosterone than the average woman.  She will be competing in the 2012 Olympics while continuing this treatment.

I found this story both interesting and disturbing.  When I've thought about gender and sports in the past, it's usually been related to athletics as a gender segregated space and how this affects transgender athletes' opportunities to participate.  I've also done some thinking about LGBT athletes and sports and the difference in the dynamics of openness and acceptance of queer athletes between men's and women's teams.  I had not really considered the question of intersex athletes or folks whose bodies don't fit into what science considers "normal" for male and female bodies.  I guess that's what I find most disturbing about the above-linked story.  Most of us who have taken a sociology or Intro to Women's Studies course are familiar with the idea that gender is socially constructed (i.e., created and reified by social tradition and norms), but that sex is biological (i.e., a fact - people are born male, with a penis, or female, with a vagina).   One of the ideas that completely blew my mind in college was the notion that not just gender, but biological sex as well, is a social (or in some instances, medical) construction.  Infants born with what we might call "ambiguous" genitalia are not actually that uncommon.  However, many such infants, sometimes called intersex, end up undergoing surgical "correction" to genitals that medical science has deemed outside of the norm.  What this means is that babies born with a large clitoris or very small penis might have their genitals cut off so that they can be raised as girls with "normal" sized clitorises.  But there's nothing abnormal about these babies to begin with except that their bodies don't reflect what their doctors expect to see in male and female bodies, so they are made to fit.  The same thing is happening to the female athletes under investigation for "abnormally" high testosterone levels:


"In a move critics call 'policing femininity,' recent rule changes by the International Association of Athletics Federations (IAAF), the governing body of track and field, state that for a women to compete, her testosterone must not exceed the male threshold."

Who sets the "male threshold"?  Are there males whose testosterone levels fall below it?  There must be, just as there are clearly females whose testosterone levels "exceed" it.  The article asks if high levels of testosterone give these women an unfair advantage.  It likely gives them some advantage but I'm not sure I'd call it "unfair."  It's an accident of birth the same way someone having a critical mass of fast-twitch muscle fibers (good for explosive strength/speed) has an advantage in the 100 meter dash over someone with more slow-twitch muscle fibers (better for distance and endurance).  I'd be surprised if I have a single fast-twitch muscle in my body, but if I wanted to be a sprinter I wouldn't force fast-twitchers to undergo treatment to make it more "fair."

Ultimately, I think this goes beyond the IAAF "policing femininity," which it certainly is.  I think we're learning that biological sex and the human body are more diverse than we may have ever imagined.  People have anxiety related to gender and performance for this exact reason - male and female are not the clear and mutually exclusive categories we like to imagine them to be.
Posted by Sumner McRae at 1:52 PM No comments:

I've been thinking a lot about citizenship and queer identity lately.  The first openly trans person to testify before the U.S. Senate spoke in support of ENDA (the Employee Non-Discrimination Act) today, so these issues are especially present in my mind at the moment. (To see a video of the testimony, visit here).

For a nation that prides itself on its abundant "freedom" and "liberty," the United States actively denies many of the rights and privileges of citizenship that many people take for granted to its queer citizens.  Social and legal constraints work in concert to prevent queer and trans folks from participating in the social, political, economic, and religious life of the nation to the same extent that straight and cis-gender folks are able to.

Understand that there are people - United States citizens - who have been effectively deported from the U.S. because they can't sponsor a spouse for citizenship the way straight people can, and rather than face permanent separation from their loved one, they leave the country.

Understand that there are people in this country who would fire other people from their jobs based solely on their gender identity or expression and understand that current U.S. law permits this behavior, as do most local and state laws.

Understand that there are places in this country where a trans woman can be placed with male inmates in prison, despite grave concerns for her bodily safety and psychological well-being.  Understand that this is akin to cruel and unusual punishment, a fate our country strives to protect its other citizens from.

Understand that there are people in this country whose physical safety is under threat each time they exercise the simple freedom to walk down the street at night with friends.

Understand that there are people in this country who cannot use a public restroom without being gawked at or scrutinized at best and harassed, physically harmed, or killed, at worst.

When Americans get all excited about their "freedoms," I always wonder: which (and whose) freedoms are they referencing?  Because it seems to me that the U.S. has a number of laws (or lack thereof) that protect straight Americans' intolerance of things that make them uncomfortable, like gay folks getting hitched or transfolks working in the cubicle next to theirs.  Despite this, there's reasonable precedent in the U.S. to prevent one group's discomfort from standing in the way of another's rights, especially if the group experiencing discomfort is the one in power (see history re: emancipation, women's suffrage, Brown v. Board, Loving v. Virginia, repeal of "Don't Ask, Don't Tell").  I heard someone say recently that if Mississippi were to put interracial marriage up for popular referendum, the way same-sex marriage has been up for referendum in a number of places, it would fail by a long shot.  Waiting for a majority of the country to get on board with same-sex marriage and non-discrimination isn't fair - if we'd done that with interracial marriage, it would still be illegal in some states.  We can't love freedom and deny the rights of citizenship to our own citizens simultaneously.  So even if queer folks, for whatever reason, distress you, imagine someone in your family being forced out of the country in the name of "family values" or imagine someone you love enduring unemployment or suffering public humiliation condoned by your government.  Then call your elected representatives in DC and tell them to support ENDA.  While you're at it, mention that you think DOMA sucks.  It's the American thing to do.  It's what any American citizen would expect of another.

Posted by Sumner McRae at 10:57 PM No comments: 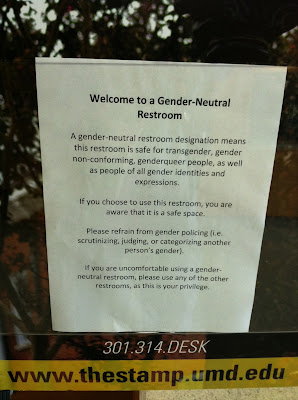 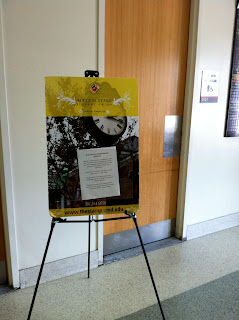 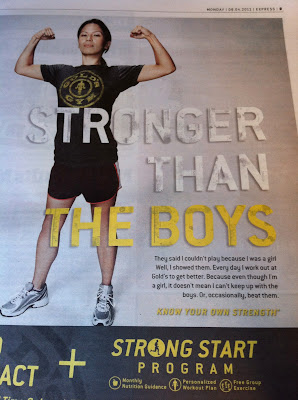 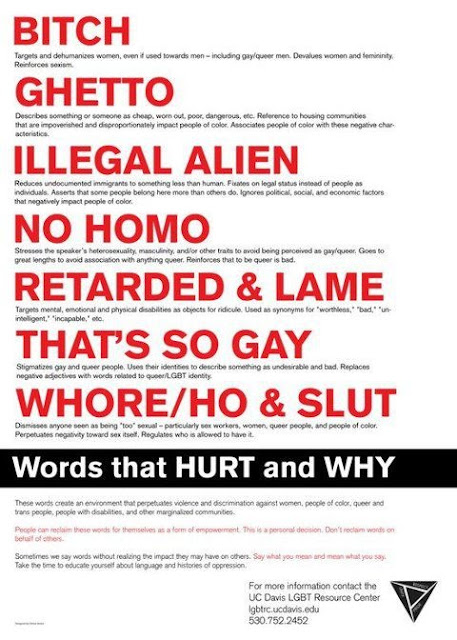 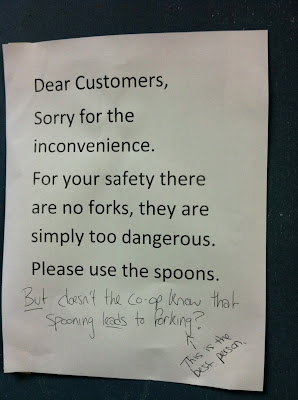 Posted by Sumner McRae at 11:07 PM No comments: