Adventures in Gender: Conversations with 8-year-olds

Small kids are really interesting when it comes to gender.  They're trying to figure out (and often enforce) the rules of gender they see most adults following.  They're also intrigued when they encounter an adult who does not conform to the gender status quo.  They point.  They make loud commentary.  They ask questions.  Loudly.  Sometimes, it's awkward, like the time a little girl noticed me in the airport women's restroom and at the top of her lungs asked her mother why there was a boy in the girls' bathroom.  Sometimes it's frustrating.  Sometimes it's enlightening.  And sometimes, it's just really funny.

A couple of months back, I was in an elementary school office, waiting for the bell to ring so I meet with one of the teachers.  A couple of kids were seated across from me, waiting for somebody to come get them.  The most outgoing of the bunch, Jason, whom I cannot imagine was more than seven or eight, immediately struck up a conversation with me.  He pretty obviously thought I was a guy but understood that I was a grown-up and kept asking me why my voice was so high.  Whatever he ended up deciding about my voice didn't stop him from sharing with me his enthusiasm for ninjas of all varieties and Arizona Iced Tea.  This is in the running for best conversation of my life.  And I'm a union organizer - I have conversations for a living.  Seriously.  This kid made my day.


Jason: You have freckles

Jason: Did you drink some freckle juice?

Jason: What’s wrong with your voice?

Me: That’s just how my voice is.

Jason: Where were you born?

Jason: Yeah.  Actually, I’m really glad you said that.  Do you know I have some ice tea at home called Arizona?  It's my favorite.

Jason: These are ninjas. I drew these ninjas. (Points out who is who in the picture)

Me: Does that say “quarterback”?

Jason: Yes. My friend is a quarterback ninja.

Jason: Yes. And this is me (shows me the ninja labeled “Jason”) and this is Jackson. He’s my friend. He’s in second grade but that’s OK - he’s still my friend.

(Shows me another series of ninja drawings)


Jason: And I drew this.  But these ones just have heads because I ran out of time to draw the bodies.

Jason: Jason!  I showed you it on the picture!

Me: Of course. That’s a really good picture.  Did you draw it today?

(I get up and wave goodbye because the teacher I’m waiting to meet has arrived.  I am standing in the hallway just outside the office door waiting to see where we’re going next.  Jason comes to the door and motions me to lean down).

Jason: Is it OK if we change your name to Freddy?

Me: I don’t know, I think I like my name that I have now.
(Jason thinks)

Jason: Well... how about Fred?


A born negotiator.  I should have offered him a job as an organizer.  A few days later, I visited the same school again and coincidentally saw Jason standing in line with his class, which made my day for the second time.  He remembered my actual name, though I might not have been able to keep a straight face had he decided to call me "Fred."
Posted by Sumner McRae at 8:00 AM No comments:

Did a Google Image search for "gender neutral."  These are some of my favorites from the results: 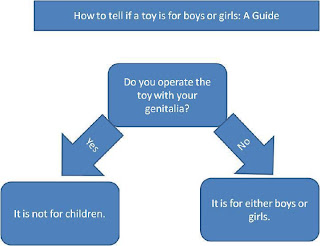 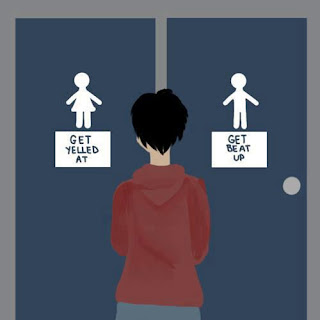 Posted by Sumner McRae at 3:00 PM No comments:

To add to the growing collection...  Leave a comment and tell me your favorite one! 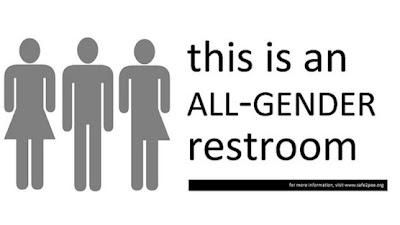 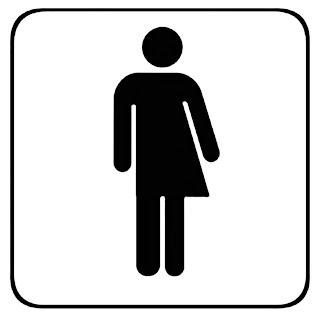 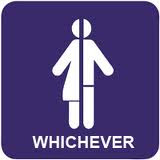 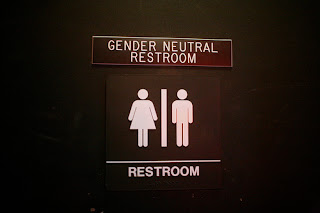 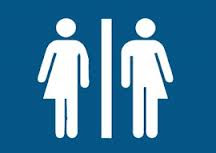 Here's a little diddy to get your Monday morning going.  I wrote this a number of years ago when a series of unfortunate events led me to the inexplicable conclusion that I should only date pansexuals named Kate, and that this would solve all of my troubles.  As it was, I did not date anyone named Kate, which turned out to be for the best, since I met somebody named Barbara not long after writing this song.  The song itself became less a song about this imaginary "Kate" and more an ode to the Midwest, complete with Culver's reference.  Click below to listen and download the song:


Posted by Sumner McRae at 8:00 AM No comments:

The blog has a new URL, transcenderblog.com and a new look for the new year!


Posted by Sumner McRae at 4:58 PM No comments:

Since the massacre at Sandy Hook Elementary School last month, the social media world has been awash with articles, blogs, Facebook posts, and tweets about the motivations of mass murderers, the prevalence of gun violence in the U.S., what to do about mental illness, what to do about semi-automatic weapons, and what to do about school safety.  I've waited to make much commentary on the tragedy because I needed time to reflect on what to say and whether or not I have anything meaningful to add to the conversation.  In the immediate aftermath, I was deeply troubled and unable to say anything I didn't feel was disrespectful to the victims or offensive to the survivors.  But in recent weeks, I've become equally troubled by the direction I feel the national conversation is going.  People have tried to make this into a conversation about mental health and our lack of attention to that problem.  That is indeed an important conversation to have, but the shooting at Sandy Hook was not about mental illness.  I'll be the first to say that the United States is in desperate need of better mental health services, but that won't stop mass shootings.  There will always be people who go undiagnosed, or people who don't have a diagnosable mental illness who, for whatever reason, act out in violence towards others.  The least we can do is cease debating whether it is our right to own assault rifles and consider instead if it's worth it, regardless of whether or not ownership of such weapons is our right.  All rights come with consequences.  The consequence of easy access to semi-automatic assault weapons is the death of a lot of innocent people, children included.  Fifteen years and dozens of massacres ago I would have still said it's not worth it.  After last December, I struggle to take seriously anyone who still thinks it is.

In addition to my anger about gun access, I'm also troubled by the lack of analysis by the mainstream media of the role of gender and masculinity in these types of shootings.  Anti-racist activist Tim Wise has illustrated this point (read here), but despite my efforts to find other commentary of this nature, it seems there has been relatively little (though this, this, and this are worth checking out).  The news media have largely ignored the race and gender of the gunmen in this shooting and others similar to it.  The Washington Post did publish a short commentary on Adam Lanza's white maleness, here, but the author's simplistic argument is that men and women are just different, and that men "carry" with them a certain kind of rage that leads them to kill.  He even compares this rage to that exhibited by male chimpanzees in conflict with other chimps.  He makes no connection between this supposed rage or violent behavior and the cultural expectations around masculinity thrust upon human males, and maybe even chimpanzees as well.

Still, as some activists and writers have pointed out about this and other massacres, if the shooter had been brown and a Muslim, we'd be having a very different conversation right now - not about mental illness, but about "radical Islam," terrorism, or jihad, or whatever else our paranoid imaginations could concoct.  I find it maddening that when a person of color, particularly those whom white Americans have been pre-conditioned to fear, commits a violent crime, that crime is analyzed through the lense of culture, religion, race, maybe poverty - i.e., we say that such a person has committed a crime because he was desperate, or because he was a terrorist, or because we believe his religion incites violence, or because he comes from the inner city (or we largely ignore the crime at all if the victims are also of color).  On the other hand, when a white male commits a violent crime, we collectively reflect on our need to better address mental illness.  By all appearances, we believe white men's crimes have nothing to do with culture, religion, race, or any other factor.  Despite the numerous massacres perpetrated by white males (out of 62 mass killings by firearm in the United States since 1982, Mother Jones estimated that 44 of the shooters have been white males), we perceive each one as an isolated incident.  As in the case of Adam Lanza, the assumption is that this person was ill, and we should have helped him sooner.  After a crime committed by a person of color - again, particularly an African-American or one who appears to be of Arab descent - when have any of us ever heard a call to improve the mental health system or a blog post by someone claiming to be the mother of a child "like that one," imploring us all to help these people before they become so unthinkably violent?  We cling to the notion that white males who commit violent crime suffer from mental illness, or some other private affliction, and not a side effect of our impossible standards of masculinity, or of any other factor related to race, gender and social expectations.

Posted by Sumner McRae at 8:00 PM No comments: 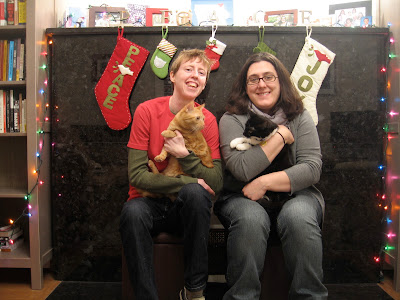 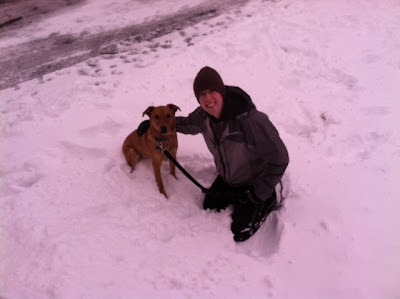 Posted by Sumner McRae at 10:10 PM No comments: